A medical alarm fall detector is a system whereby a wireless transmitter can be worn in the form of a pendant or wristwatch. If the wearer falls the transmitter will send an emergency signal to a central station or a pre – programmed number to signify that a person has fallen. The disabled, partially disabled and the elderly often live alone or spend a lot of time alone; the possibility of a fall makes it vital for them to take some steps to protect themselves and get help quickly, and this is where a medical alarm fall detector comes in very handy.


In the 1980s there was a catchphrase, “I’ve fallen and I can’t get up!” which came from a television commercial for a medical alert system in the form of a pendant. The idea was that if the person fell and could not get up to use a telephone to call for help, all they had to do was press the button on the receiver which allowed them to speak directly to a dispatcher on the other end, who would send help.

This type of personal medical alarm became quite popular for many years; it gave some form of assistance to the elderly, and made their families and carers feel more at ease as they would be able to summon help if they had a fall. Unfortunately it was found that in most cases the person who fell did not press the panic button either because they were unable to because they were unconscious, or they were too disoriented or embarrassed to. Someone who has suffered a stroke will also not be able to push the alarm, so something better was called for, and this came in the form of a medical alarm fall detector.

How common Are Falls in The Elderly?

the elderly or infirm from falling, but at least if they do fall help is not far away. There have been many reported cases where an elderly or infirm person has fallen and could not get to a phone or push the emergency button and have laid on the floor in pain for hours or even days, and some have died because nobody realized something was wrong until it was too late. This is very traumatic for the person who falls and also for their family. A medical alert fall detector will prevent this from happening.

What Type of Medical Alarm Fall Detector Should I Get?

There are various types of fall detectors, and which one you decide to get for yourself or your loved ones will depend on you, but here are some interesting facts to assist you to decide which medical alert fall detector would best suit the particular circumstances.

These units will be installed by experienced technical staff, who will also train the wearer on how to use the system. The monthly fee for the system covers free service calls, and free technological upgrades.

Some medical alert systems offer a medical alarm fall detector service as an add-on at a higher fee, and many people feel that this is a waste of money, but that could be a bit short-sighted. Apart from the extra cost of a medical alert fall detector on top of your normal medical alarm system, many of the systems trigger too many false alarms such as detecting a fall when in fact the person is just bending down or having an afternoon snooze. This can lead to great frustration for many seniors, and can also lead to them getting frightened if they have activated the alarm by mistake, and they may get disorientated. This will create a block against this type of technology and they will eventually just refuse to wear the system.

Pros and Cons of A Medical Alarm Fall Detector

If you have a loved one who is getting on in years and are worried that they may take a spill when alone at home, or even when they are not alone but are out of hearing of anyone else, then it may be the time to broach the subject of getting a medical alarm fall detector with them. It is not a good idea to invest in one without discussing it with them first, as it may make them feel that you think they are being ignored as they had no say in the decision and may just boycott wearing the medical alert fall detector which would be a great pity.

Do some research together with your loved one and explain to them how it all works, and make a decision together about which system would be best for them, as they are the ones who are going to have to wear and use the system. Investing in a good medical alarm fall detector will give you peace of mind and protect your loved ones so that they will be with you for many more years. 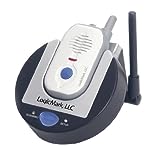